STYLE
by smichelle
Yesterday the Fall 2011 Mulgar runway show was in rare form! All 5 ‘Gaga senses’ were being used as the show captured the artist to the “T”! 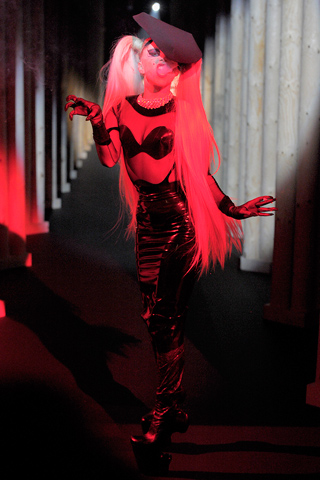 Look: You saw Lady Gaga vampire down the runway

Listen: You heard her new song ” Born this Way” as the accompaniment to the show.

Touch: You felt awkward when Gaga humped a column on her exit from the stage.

Smell: You smelled latex as the models sashayed by your seat.

Taste: The collection as a whole – may have put a bad taste in your mouth! 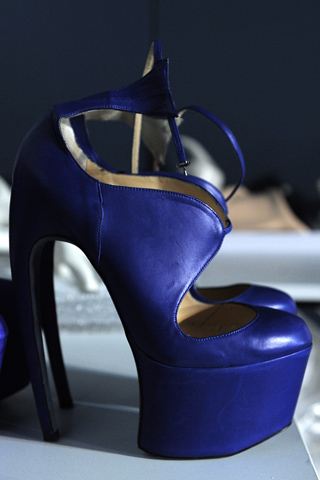 Anyone need a raise!

Models had to put on their poker face as they headed down the runway to “A”: stay upright in the towering 6″ heels and, “B”: embrace the ‘nasty girl’ role they were told to play. With a collection that looked straight out of a bondage shop – there was no mistake as to why Gaga purchased the entire collection!

For it being Nicola Formichetti’s debut this season, I really think he could have represented the Mulgar brand differently. There was just too much going on and sometimes…less is more! Having Lady Gaga was enough in its self – no need to overdo it my friend.